Nail is still a very popular fashion replica handbags uk in autumn and gucci replica . The furry design on the hermes replica of the bag makes this autumn and handbags replica. Xiaobian likes the buckle like sapphire and looks quite replica handbags .
DS Jason Smith - Stewart Giles

Smith, the first in the DS Jason Smith series, was finished in September 2013 and was closely followed by Boomerang and Ladybird. Occam’s Razor, Harlequin and Phobia (a series of short stories detailing Smith’s early life) were all completed in one hazy 365 days and Selene was done and dusted a few months later. Horsemen, the seventh in the DS Smith thriller series is out now. …

Detective Sergeant Jason Smith is an Australian working in York. He was exiled to York when he was 16 after his sister disappeared from a beach in Western Australia.

Halfway through a law degree, something happened that made Smith realise he was better suited to catching criminals than defending them and so he joined the York Police force.

Not without flaws – his drinking habits being one of them – Smith is loyal, fair and in possession of a determination to bring any investigation to its conclusion, no matter what the cost. 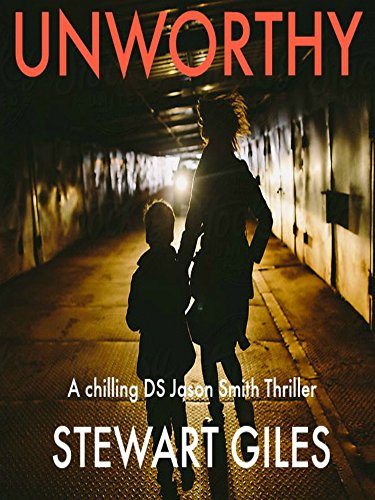 THE UNWORTHY MUST PAY.
DS Jason Smith is dragged away from paternity leave when a woman is killed with her baby in the next room. When more women with children are brutally murdered, Smith discovers that they all have something in common – they all share a secret.

When he finds out that the mother of his own child is on this list of ‘Unworthy’ women, he finds himself in a race against time to stop the killer before his whole world comes crashing down around him. 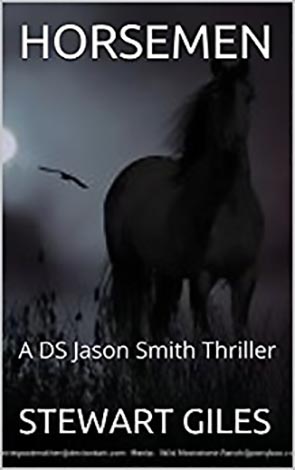 One draining murder investigation after another has left DS Jason on the brink of losing his sanity and he needs a break. A string of armed robberies at the McDonalds in the city of York are getting in the way. Smith’s DI makes him a deal; if he can get to the bottom of it, he can have two weeks off. Smith figures out who the brains behind the robberies is; the young wife of Jimmy Phoenix, the owner of all the McDonalds franchises in the city.

Smith sets off for the peaceful Yorkshire village of Scarpdale for two weeks of country air, slow walks by the lakes and no mobile phone reception. He wakes up on his first morning to find three policemen outside his room. A young woman has been found dead next to one of the lakes. Smith was seen talking to the woman the night before. The woman is Sophie Phoenix, the youngest daughter of Jimmy Phoenix.

Ill equipped to deal with such a serious crime, the local police, headed by the bungling Sergeant Wilkie make no headway and Smith is begged by Jimmy Phoenix to find out what happened to his daughter. Against his better judgment, Smith agrees and starts to ask questions but the locals are not giving anything away. When Sophie’s boyfriend, Lewis Van Camp is found dead an hour before her funeral, Smith is baffled. Lewis was his odds on favourite for Sophie’s murder. Smith quickly realizes that these rival horse breeders, the Van Camps and the Phoenix’s are involved somehow. Everybody he speaks to talks of something that happened in New York the previous summer; something sinister involving these horsemen but nobody seems to know exactly what went on.

Smith knows the only way to put the pieces together is to go to New York and find out for himself what happened that was so terrible that young people had to die because of it. Accompanied against his will by Sophie’s elder sister, Charlotte, Smith soon sees that the opulent world of these horsemen is much more sinister than he could ever imagine. The secret centres on the sworn enemy of the man who pleaded with Smith to help him in the first place.

Smith returns to Scarpdale armed with the information he needs to apprehend the most unlikely killer he has ever come across. 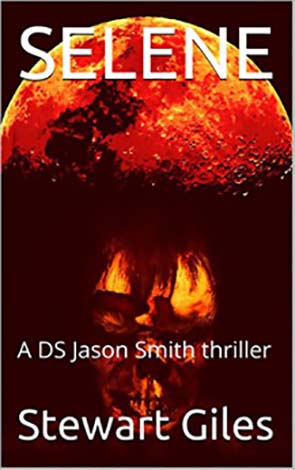 When a man is found tucked up in bed with his throat sliced open two days after Christmas, DS Jason Smith and his team are baffled. It appears he has been drugged, killed and carefully wrapped up in a duvet. The only evidence Smith finds are some strands of hair belonging to a woman. One month later, another man is killed in exactly the same manner but there appears to be no link whatsoever to the two men apart from the fact that they were both single, lonely and middle aged.

In the midst of the worst winter in years, Smith and his team quickly run out of ideas and tensions between the detectives rise. Frustration leads to conflicts both at work and in their personal lives. The only clue the team have is the murders were carried out under the glow of the full moon.

Just when Smith feels like he has reached the end of his tether and his own sanity is declining, help comes from an unexpected source; a man who knew this woman when she was a young girl in the mountains of Northern Romania. He sheds light on the reasons these men had to die. Smith finds out who this woman used to be but who she is now is still a mystery.

Haunted by lucid dreams and terrifying double awakenings, Smith stumbles upon something that will send him on a hunt for the most baffling murderer the people of York has even seen. With time quickly running out before the next full moon and the safety of one of his closest colleagues entering the equation, Smith finally closes in on the most terrifying murderer he has ever come across. 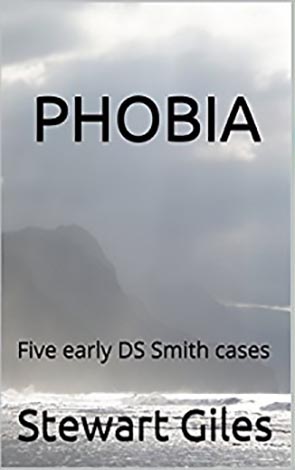 Phobia is a series of five DS Jason Smith cases he worked on before we met him in the first book ‘Smith’. We get insights into what moulded him into the Detective Sergeant we first get a glimpse of in ‘Smith’. Smith quickly realizes that police work isn’t always cut and dry. Justice is not always black and white; there are many shades of grey in between. 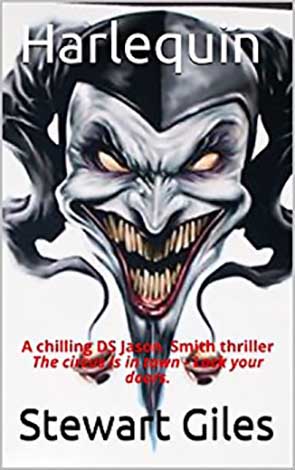 The circus comes to town and children start to disappear. Detective Sergeant Jason Smith is persuaded to return to work after three weeks of a marijuana induced haze. Forced to endure the leadership of a new DI, the fulsome Bryony Brownhill, Smith is faced with the most difficult investigation of his colourful career.

When the children who vanished are found murdered in various parts of the city, all clues lead to the circus grounds but Smith and his team are met with a sinister silence everywhere they turn. Smith digs deeper and discovers the cause of this silence; the chain of events that led up to the vile murders that have shattered the hearts of the people of York. 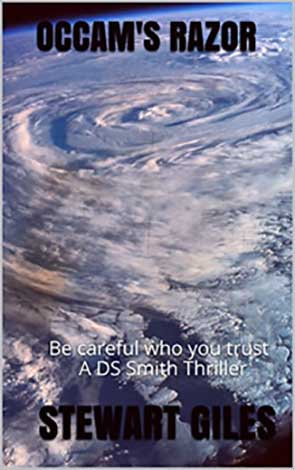 A football player is shot dead in front of a packed crowd of people. DS Jason Smith is put in charge of the investigation. The murder weapon is found in a house across the road from the football ground. It is a rare Russian army issue sniper rifle.

As the investigation hits dead end after dead end, two government agents arrive and take over, pushing Smith and his colleagues to the side. As more people die Smith quickly realises these agents are not who they claim to be. He is forced into the dark world of these phantoms and he finds himself at the mercy of his old nemesis; the man who kidnapped his sister years earlier.

Detective Sergeant Jason Smith is days away from the end of his sick leave after a case that almost cost him his life when he gets a call from an old friend. His friend has been arrested for the murder of a student. He wants Smith to investigate the murder and prove his innocence. Smith is persuaded return to work. The student was killed with a bread knife. Ladybirds were scattered on his dead body.

When another man is found dead with ladybirds on his body, Smith enlists the help of an insect doctor, the enigmatic DR Karen Wood, to try and understand the significance of the ladybirds. As Smith gets drawn closer to this mysterious woman and more and more men wind up dead with ladybirds on their bodies Smith quickly realises that Dr Wood is not who she seems to be.

Smith and his team unearth a terrible secret from twenty years earlier; somebody wants justice and, as more and more men die, Smith realises he is running out of time to find out who. 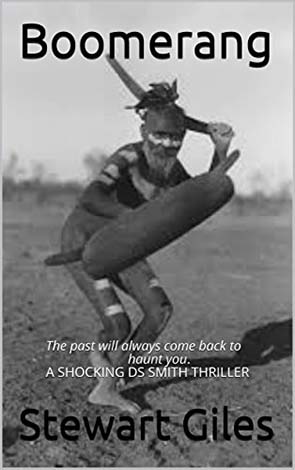 A man is killing people in York. Initially the murders appear to be the random acts of a maniac. Detective Jason Smith is put in charge of the investigation. It soon becomes clear that the murders are all connected to him in one way or another. All of the killings correspond to events in Smith’s life and the murderer leaves dates at the crime scene which tie up to important dates in Smith’s history. When one of the dates is a time before Smith was even born, he realises he must look deep into the past to find a way to stop the worst spate of murders in York’s long history.

The sleepy historical city of York is about to wake up.

It is Christmas Day in York. A woman is found dead in her bed. A suicide note is found on her chest. It reads ‘I am so sorry Martin’. Hours later the police are called to a house a few miles away. A mother and her daughter have been brutally attacked; the mother is dead and the daughter is barely alive. The father is found shaking uncontrollably in the corner of the room. He is covered in blood but he is unharmed. His name is Martin Willow.

Detective Sergeant Jason Smith is put in charge of the investigation. After reaching dead end after dead end, Smith starts to put the pieces together and figures out that Martin Willow is innocent and the killer is still out there.

The little girl who was attacked on Christmas Day wakes from her coma and gives Smith a clue about the attacker; a piece of a song she heard directly before the attack. Smith then finds himself in a race against time to find this maniac before he kills again.

Join now to receive our monthly newsletters and be amongst the first to hear about new releases, giveaways, competitions and any other news.
If you would like to be a member of this exclusive group please click below.

“DS Jason Smith is on a well-deserved time off after his partner has a baby. Unfortunately, he is called back in to investigate a particularly gruesome murder.”

“A woman is found with her face bashed in .. and her crying infant is in another room. etched into the wall is a message …. UNWORTHY. Unworthy of what? is the question of the day.”

“As his investigate continues, 2 more women are slain. Both women had infants or young children in the house. Again, each of the crime scenes has the word UNWORTHY.”

“So what is the commonality between these victims? And is it the same killer who is targeting Smith’s partner, the mother of his child?”

“This is the 8th in the series that features DS Jason Smith and his team. UNWORTHY is an excellent addition. I strongly recommend starting at the beginning of this most intriguing series. The author has given the characters believable features and traits, adding credibility to his story telling. I love how Jason and his girlfriend interact with each other .. with love and humor.”

We use cookies to ensure that we give you the best experience on our website. If you continue to use this site we will assume that you are happy with it.OkRead more